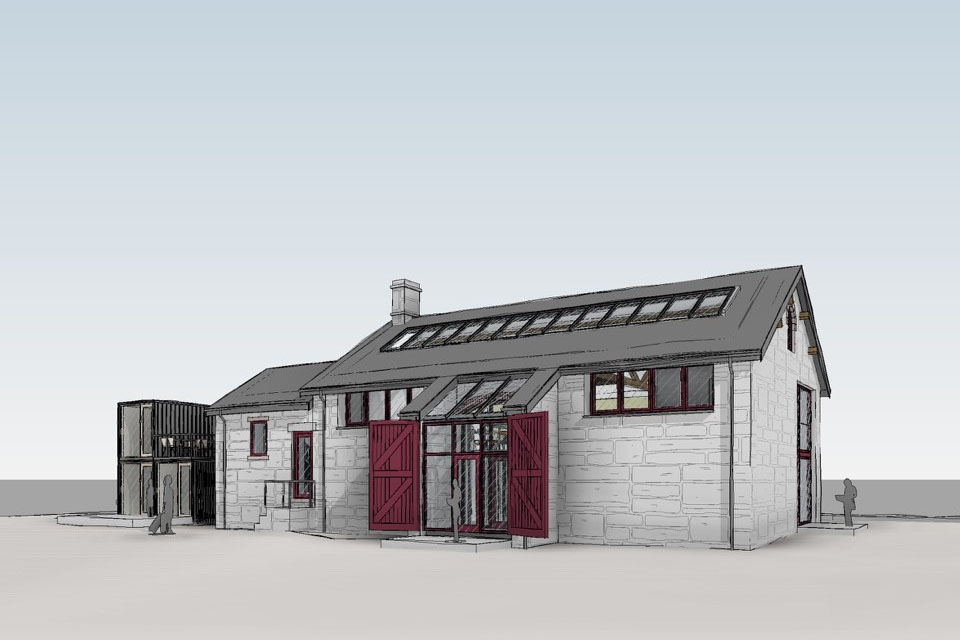 The project, which has been granted Lottery funding, involves turning the empty building into a hub for the local community, offering volunteering, enterprise, employment and learning opportunities within a building that is contemporary whilst keeping its original features.

Included in Y Shed will be:

Y Shed is set within a beautiful location at the side of the old Prestatyn to Dyserth railway line, now a pedestrian path with a recorded 60,000 users per annum. This cross-sector partnership project presents a coherent and innovative way to provide an economical sustainable community hub offering an array of
opportunities and experiences for the residents of Meliden and beyond.

Aims of the Intergenerational Project

Ultimately, Y Shed will be handed over to the people of Meliden to run as a community asset. Therefore, it will be important from the outset to develop and build links with the community. Many people have lived in Meliden for many and recall Y Shed in different stages of use. Some also remember the railway line in operation before it closed and became a walk way. Given the rich history of Y Shed and the surrounding area, the idea of creating a digital time capsule was born. Working with the children of Ysgol Melyd provides a platform for an intergenerational project with older citizens and help build an active, cohesive community. The children would be recording and capturing villagers’ memories using IT. This would also assist with the development of educational skills linked to the curriculum including IT, interview techniques, information gathering, and film making.

The intergenerational project would be largely digital with supplementary activities should resources and time be available. We would look to create strands of the project suitable for the different classes in Ysgol Melyd.

The children of Ysgol Melyd would capture the memories of Meliden residents on film. Initial research would help identify suitable and willing participants. Meliden Historical Society would be asked to participate. Assistance would be provided on interview techniques with the interviews filmed on ipads and phones. Working with a production company such as community arts charity Tape Community Music & Film would provide support for the children to film and edit their footage whilst developing new skills.

During the process, pictures of The Shed through the years would be identified together with historical pictures featuring residents. Pictures would be replicated with residents in the same spot today, creating a ‘now and then’ online gallery for use on Y Shed’s website, social media channels and in PR/marketing.

Linked to the curriculum, and English written pieces of work detailing Y Shed’s/Meliden’s history and/or capturing memories of residents could be compiled. This would create an online history book for Y Shed’s website.

Again, linked to the curriculum, drawings of residents and Y Shed could be done by the children to illustrate the online book creating a visual element to the project.

Elements of the project would be used in an exhibition in Y Shed with the videos shown on a TV screen and a gallery of stills and artwork on display.

All the content would be used on Y Shed’s website once developed and across social media and marketing channels. Media coverage would be generated for the project, helping with profile raising for both Y Shed and Ysgol Melyd.

The project would run during Ysgol Melyd’s summer term which runs from April until July.

Grŵp Cynefin would provide a member of staff to manage the project and liaise between the community and the school and would assist with identifying funding streams where needed. The costs from TAPE Music & Film are as follows:

1. Then and Now Photography Project:
TAPE will work with people and groups from across the community to source and then recreate ‘Then and Now’ pictures. Developed over 12 hours of workshops on site in Meliden at times to be agreed.

2. Parallax Photography Project:
TAPE will develop the Then and Now pictures to develop moving parallax images that could then be used to support the intergenerational film project both as prompts and to be included in the edit. Developed over 4 x 2 hour workshops onsite in Meliden.

3. Intergenerational Film Project
TAPE will work with pupils of Ysgol Melyd to produce a short film interviewing residents and members of the Meliden historical society. Pupils will be supported to work with a combination of broadcast camera equipment and their own equipment (iPads and smartphones etc…) to capture the footage. They will then be supported to edit this into a short piece supporting the build. Young people will gain skills in using digital equipment and software, as well as planning, team skills and interview techniques as well as increased confidence.

Back to Y Shed Stories.